Each Shaman, or Clever-man/Clever-woman, has their own journey to travel in developing their skills. No two experiences are the same and each must navigate the experience with guidance from spirit. 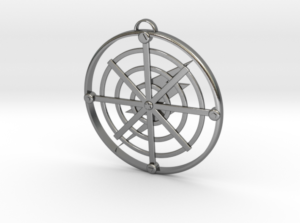 There are common threads within each story that indicate their vocation to the healing arts. This is something that science, and the science-minded, cannot or will not understand. One story does not fit all! There is no right or wrong, only the experience!

The pendant pictured here is a symbolic summary of that shamanic journey. It was designed by me from my experiences in 1995 and has taken 23 years to come to a point where it can now be printed using 3D Printing technology from Shapeways.

This pendant and others are available at our Dragonweb on Shapeways Store.

The following is a brief explanation of the symbolism behind the design.

In each case of shamanic development, a person will experience a crisis of some description that threatens to destroy the person. This crisis is focused in either of the physical, mental or spiritual planes, and flows through to effect all levels of existence. Often this is referred to as the ‘death of the shaman’. The death usually being metaphysical but it can be the physical death. The three deaths of the shaman are; falling, drowning and hanging. 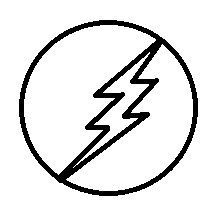 The outer ring symbolises the higher self or super-consciousness and its influence on our lives. It is the divine consciousness. 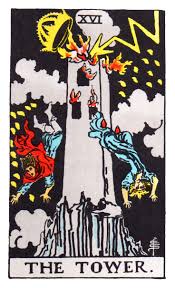 The lightning bolt from the superconsciousness or higher-self destroys those false structures and bring them tumbling down. The return to a more realistic understanding occurs and we again begin to build better structures based on our new understanding. The figures falling represent the male and female consciousness as it descends back to earth.

The Shaman must be comfortable with the destruction of old ways of thinking and be able to recognise thinking constructions based on universal truth. 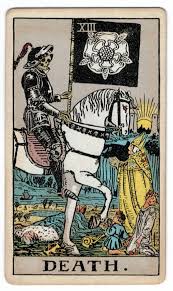 Struggling against the forces influencing the descent into oblivion make the experience more painfull.

Death is a transition from one plane of existence to another. The old body falls away and a new form emerges. The sun rising between the two pillars near the horse’s head indicates the bringing of a new awareness or consciousness.

The third death is that of hanging and can be physical or meta-physical. The meta-physical death of hanging usually involves some form of suspension, artificial or temporary hanging, that prevents the continuation along a path. 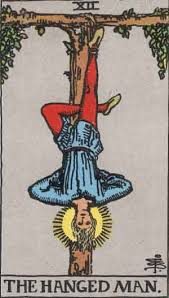 To be suspended by the ankle with arms bound behind you indicates an inability to alter the outcome. When you suspend any form of action on your own part to influence the outcome, effects the outcome.

The Hanged Man is also The Dancer from the 22 Card, but inverted, which indicates that this stage is part of the dance of life in harmony with the Universal Consciousness.

This lightning bolt symbol used in the Shaman Pendant indicates those three deaths leading to the transformation of being.

The pendant has 3 concentric rings spaced at 11mm, 22mm, and 33mm from the centre point. 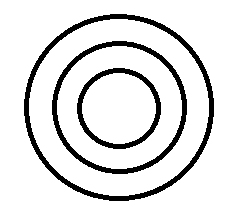 The physical plane is anything that is manifest into our physical reality and able to be perceived with our physical senses.

The mental plane is anything that exists in our mental reality and able to be conceptualised with thought. In other words is able to be perceived with our mental senses.

The symbol at the third level is common within many cultures but is most recognised within the Christian teachings. It is commonly associated with the ‘Christ Consciousness’. 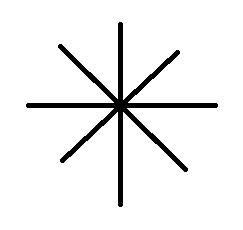 In Druidic and Wiccan symbology this symbol represents the act of rebuilding. To rebuild oneself following death is part of the Shaman’s journey.

In the christian symbol, the central trunk is replaced with a ‘P’ and the horizontal arm removed symbolising ‘The Christ’, with an underlying hexagram shape.

The amulet’s construction of crosses, also gives an indication of an underlying form of the Octogram or octogon. The eight sided polygon represents the eight cardinal directions used in cartography and occult practices.

The north, south, east and west directions are primary directions in many esoteric and religious ceremonies. 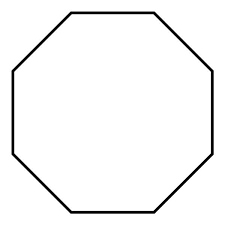 The offset directions are representative of our state of being when we are ‘off-kilter’. In this state we are no longer directly connected to the universal energy flows of the higher levels of consciousness represented by the outer ring.

The Octogon is also used in the structure of the Bagua or Pagua used in Feng Shui to represent the bringing together of physical and energetic forces.

At the top of the central cross is a triangle with its point to the top. 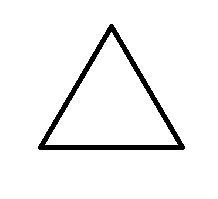 This orientation of the triangle is usually representative of the masculine or divine energies. It also represents the element of fire in Alchemy.

At the bottom of the central cross is a triangle with its point to the bottom. 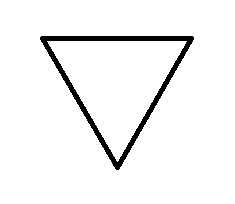 This orientation of the triangle is usually representative of the feminine or earth energies. It also represents the element of water in Alchemy.

At the end of the right arm of the central cross is a Pentagram. 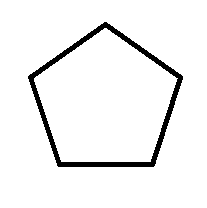 The pentagram has been associated with the practice of magic. It is also the prime number used in Fibonacci sequencing and fractal geometry.

At the end of the left arm of the central cross is a Septagram or the Magian Star polygon. 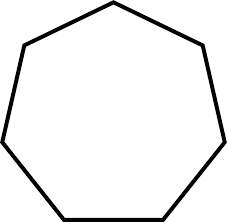 The number seven has long been associated with the spiritual or occult realm.

At the centre of the whole structure bringing the pendant into a central point is the Hexagram Star, or Star of David as it is commonly referred to. 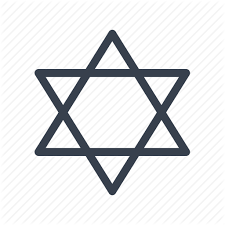 The Magen Dawid or Hexagram Star at the centre is commonly accepted within eastern thinking to represent the ‘Heart Chakra’ and in the west to represent the perfect manifestation of divine and earth energies in complete harmony. This is our aim in developing higher sense perceptions to aid in our healing work.

Working from the ‘Heart Chakra’ channeling those energies into another person so they can heal themselves is the aim of the Shaman. We are a channel for the healing energy, not the source of the healing.

For more information and a deeper understanding of the significance of the symbol look at Hexagram on Wikipedia.

The Shaman Journey Pendant, or amulet, is representative of the path of the Shaman in the development and recognition of their vocation.