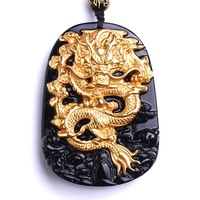 Jīnlóng Dao: The Way of the Gold Dragon

Golden dragons correlate to powerful sun deities or deities of the harvest. Much like bronze dragons, they have sturdy, strong exteriors. Illumination and revelation lie at the heart of a gold dragon. Gold dragons symbolize prosperity and wealth.

In the East, Yellow dragons have been called “superior” and “the most revered of the dragons” because they represent the Emperor and the imperial family. Even in the 21st century, yellow is a color associated with solidity, reliability and warmth, and it is set aside for royalty and those of higher social class. Gold dragons share many of these assets and are recognized as symbols of wealth, wisdom and compassion. During the Chinese New Year holiday, the opening dragon dance begins with the arrival of a regal Golden Dragon held aloft by a group of men.

When sailors crossed the International Dateline, they were awarded a certificate having been inducted into the ‘Order of the Gold Dragon’. (following a sturdy hazing, of course)

In the West, the Dragon is a symbol of ancient high magic and a preeminent symbol of protection and an ally from dangerous foe. The Dragon does not suffer fools, he does not suffer the evil of lies or the derangement of the truth.

The Dragon is the symbol of primordial power. It is master of all elements: fire, water, air and earth. As a spirit guide, it makes a powerful ally in our daily life with its amazing restorative and potent qualities.

Bringing the two together, the Gold Dragon is the symbol of the force that brings truth with wisdom and compassion. With truth comes the removal of dis-ease.

In accordance with Taoist philosophy, it is also the force behind deception and the evil of lies with ignorance and intolerance.

We must understand both sides of the forces in opposition in order to find an harmonious position, which is the Tao.

The Way of the Gold Dragon is to see that hidden within every deception is the truth. To focus on that truth and bring it into the light of consciousness is our way.

This is the intent behind the Triquetra (triquerta) symbol used on this site. The triquetra represents the three levels of consciousness used to manifest all things. All things manifest using physical, mental and spiritual forces in harmony with the Tao.

“The Order of the Gold Dragon”