Philosophy and the ancient science of metaphysics

The study of general and fundamental problems concerning matters such as existence, knowledge, values, reason, mind, and language is the current description for the study of Philosophy. In ancient times, philosophy was the father of all the modern sciences. In trying to understand the human experience the great philosophers examined all manner of things from physics and mathematics to theology and the divine experience.

The area of ethical practice in scientific enquiry is of paramount importance because sometimes scientist can lose sight of the forest because they are focusing on a tree. Philosophers try to keep a vision of the ‘big picture’.

Every theological system or religion has a philosopher to thank for their beliefs.

This is a branch of philosophy that examines the nature of reality and what is beyond the physical. According to Aristotle, there is a need for “a science that studies things (if indeed there are any) that are eternal, not subject to change, and independent of matter. Such a science, he says, is theology, and this is the “first” and “highest” science.” (Stanford Encyclopedia of Philosophy)

Aristotle referred to Metaphysics “as ‘first philosophy’, or ‘the study of being qua being’, or ‘wisdom’, or ‘theology’.” (Stanford Encyclopedia of Philosophy) The ‘being qua being’ is interpreted as involving “three things: (1) a study, (2) a subject matter (being), and (3) a manner in which the subject matter is studied (qua being).” (Stanford Encyclopedia of Philosophy)

So, for me, metaphysics is the first philosophy in the study of the gaining of wisdom in understanding the divine nature of things. It necessitates an awareness of the expression of the divine within the mundane using guidance from ‘Hermes Trismegistus’ and the ‘Emerald Tablet’.

A translation of the Emerald Tablet can be found in Theatrum Chemicum, Volume IV (1613), in Georg Beatus’ Aureliae Occultae Philosophorum:[9][10]

“For there can be no Religion more true or just, than to know the things that are; and to acknowledge thanks for all things, to Him that made them, which thing I shall not cease continually to do.” Stanza 2, Hermes Trisgestimus Book 1, Divine Pymander. 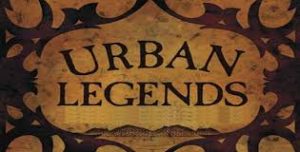 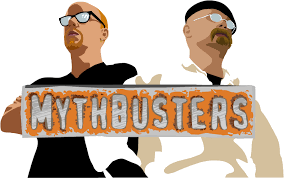 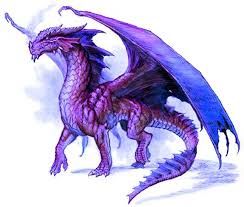 “As to the myths, Plato declares … that they were the vehicles of great truths well worth the seeking.”  H.P. Blavatsky, 1877. ‘Isis Unveiled’

Are myths a description of historical fact or spiritual guidance for us to achieve a state of enlightened living? Or, are they tales to keep us amused and philosophers stimulated with mental exercise?

Myth is an immensely complex subject, and often it is difficult to define except in opposition to other terms. Perhaps an oversimplification: mythology is traditional knowledge associated with ritual or social customs from a particular social group. In this way, myth is related to religious or spiritual elements, and a mythic story contains supernatural beings, deities, and spiritual powers. 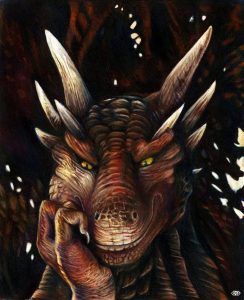 The important distinction for myth is, generally speaking, the connection of spirituality and religion. A mythic dragon will appear alongside of deities, heroes, or monsters, and the myth will likely relate to a religious element, such as an icon, story, or blessing.

These myths passed from generation to generation has been an effective way to pass tribal wisdom to each new generation. Within the story-line of the myth is a moral value hidden within to stimulate discussion or further enquiry into deeper levels of understanding.

All myths have a similar structure;

In all myths, the ‘heroes journey’  results in the hero returning transformed or changed in some fundamental way that causes them to gain special powers or recognition of their divinity.

They are often stories about heroes as legendary characters involved in some struggle with a god, person or creature that is opposing them in some way. So they are stories about conflict and eventual victory. They often involve a quest on behalf of some benefit to their community, clan or social good.

The hero needs to face challenges or fears that he uses to develop skills that he or she can use at the next level of challenge. Each new skill helps the hero recognise a new level of their divine nature.

As H. P Blavatsky notes, it is a statement about the inherent divinity that exists in us all that we reach towards as a guide to our behaviour. They are an example for us to aspire to.

I have long held the view that what the world needs is to reconnect with the myths and legends of our respective cultures.

For too long we have shifted to a reliance on ‘scientific thought’ and the desire to prove with facts that an event happened or that a person actually existed in order to give the story some validity.

We seem to have forgotten that the validity of the story comes from the message hidden within the tale. Whether the events or people actually existed is irrelevant to the message!

This is why movies and TV shows depicting the struggles between heroes and villains are so popular. They have replaced the stories found in books where your imagination could create the realms of ‘Middle Earth’ or of ‘Hogworts School of Wizardry’ far better than the artists working in the magical realm of movie magic. They just can’t compete with your imagination.

A healthy imagination is so necessary for our mental and spiritual health!